Born in 1747 in the Touraine region of France, Pierre Desloges moved to Paris as a young man, where he became a bookbinder and upholsterer. He was deafened at age seven from smallpox, but did not learn to sign until he was 27, when he was taught by a deaf Italian.

In 1779, he wrote what may be the first book published by a deaf person, in which he advocated for the use of sign language in deaf education. It was in part a rebuttal of the views of Abbé Claude-François Deschamps de Champloiseau, who had published a book arguing against the use of signs.

Sitting on a chair while it is positioned at the table renders the victim permanently deaf, although it grants them a thorough understanding on sign language. Standing near the table or sitting on a chair away from it has no permanent effects, although sounds may become muffled few a few hours. Neutralization has so far had no effect on the artifact or its victims. 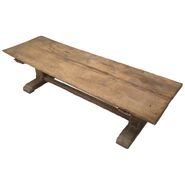 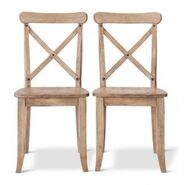 Add a photo to this gallery
Retrieved from "https://warehouse-13-artifact-database.fandom.com/wiki/Pierre_Desloges%27_Dining_Table?oldid=94308"
Community content is available under CC-BY-SA unless otherwise noted.