Leader of a “garden” school, Epicurus revolted against previously established Platonism (belief in abstract concepts) for a more materialist approach. In his mind, the key to a good life was release from spiritual anchors. ‘’Ataraxia’’, abandonment of worry, and ‘’aponia’’ banishment of pain, increased happiness the more one practiced. The true goal of life was to live in peace and accept obstacles without hesitation. Seeking joy in moderation over misery abound would allow one to overcome their anxieties. All the finality of death was merely an end result; believing in suffering or attempts to avoid death only increased pain.

Empiricism – knowledge comes firstly from the senses. That idea pushed Empiricus to reject whatever he couldn’t record or interact with – from the gods role in (mis)managing humanity to the struggles between evil and godhood. Another notion of his was all matter had to be made of some smaller units, otherwise everything would completely fade into nothingness. Split into two regions, atoms combined in myriad forms to fold the world surrounding man, while the void was the empty separation between individual points. The infinite number of paths taken by all the combined atoms allows for both chance and free will to coexist.

In studies of the natural world, students of Epicurus would often bring samples from their travels to confound their mentor. Pieces of naturally cubic ores and minerals were a favorite, as their repetitive order seemed at odds compared to other symmetrical forms. Their rare shape made Epicurus wonder what ordered their structure versus other minerals, poring over the works of Democritus to edit a new theory about atoms together. 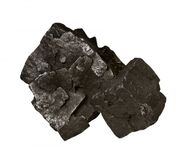 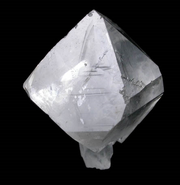 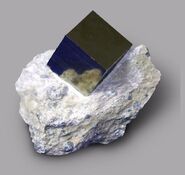 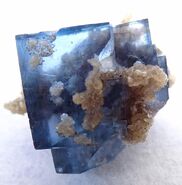 Fluorite
Add a photo to this gallery

Discretely affects the behavior of atoms inside a specific object or surrounding a chosen area. Can make concrete bounce, condense air into a solid, turn paint into a semi-breathable medium and control the half life decay of cesium-137. Turning hills into salt lakes and levitating elephants with water droplets become unnervingly possible. And an ultra-profound humbling of self to actually start. It requires a secure detachment from fear, including public opinion or self-doubt surrounding one’s true progress. Another route is acceptance of pain, especially the traumatic emotional events which shaped their being.

To reflect Epicurus’ disdain for the unobservable and abstract, each piece now reflects light away from whatever the user doesn’t accept. The physical world of atoms meets the conceptual realm of belief. Light bounces off objects regularly, but then avoids the eyes entirely. They still exist, but the wavelength signal showing their physical likeness is unable to actually reach the optic nerve for processing, making people and pickles alike disappear from sight.

Retrieved from "https://warehouse-13-artifact-database.fandom.com/wiki/Epicurus%27_Molecular_Models?oldid=97743"
Community content is available under CC-BY-SA unless otherwise noted.